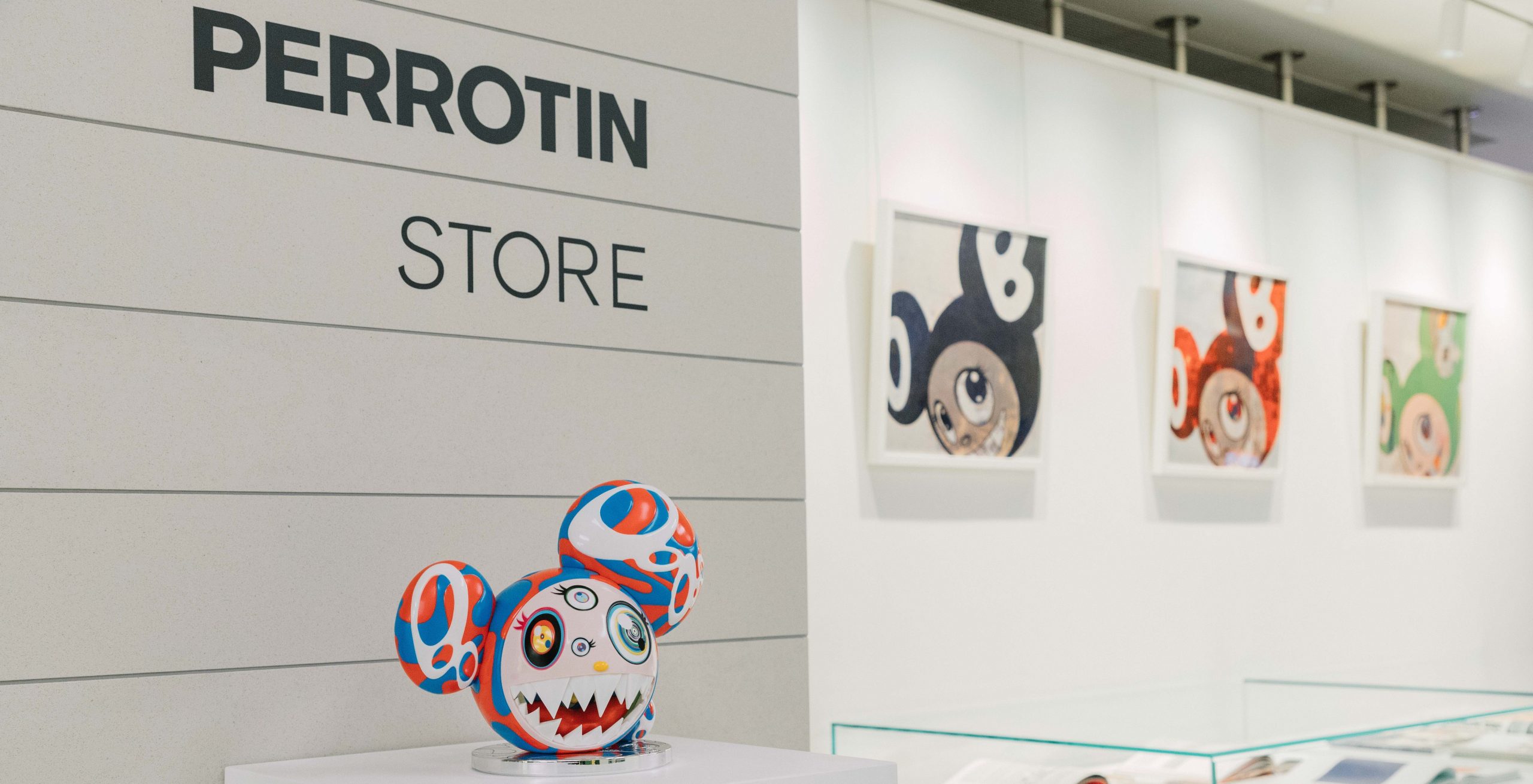 A mainstay in the global art scene, Galerie Perrotin, for the first time in Hong Kong, has created a dedicated Perrotin Store to coincide with the opening of BELOWGROUND.

Perrotin Store will be launching Takashi Murakami’s latest collectible figure ‘Melting DOB’. The release marks the twenty-eighth year since Murakami created the original DOB and will be released in a limited edition of 300 pieces.

Created in 1993, DOB is Murakami’s first signature character. It is the result of the artist’s attempt to create an authentically Japanese icon with universal appeal. The name of the artist’s endlessly morphing alter ego is lifted from the first three letters of the Japanese slang phrase ‘dobojite dobojite,’ meaning ‘Why? Why?’.

Based on the artist’s iconic and endlessly morphing character of DOB, the latest figure features a variegated colorway with deliquescing swirls of red and blue under white rings that spell DOB’s name in contorted fashion. On one side, carnivorous fangs and polychromatic eyes in haphazard states conjure a maniacal appearance. On the other, half-lidded eyes and a roguish grin reveal a prankish face. The dual-personality figure, the first of its kind, comes with a surprise trinket.

The figure will be released on January 28th through Perrotin Store’s pop-up at BELOWGROUND with the raffle held between January 23rd-27th 2021.